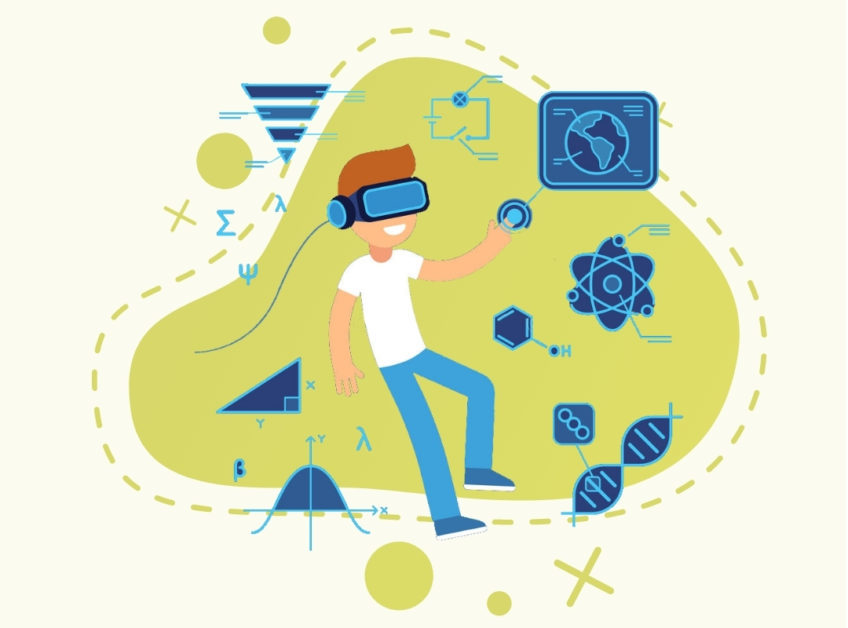 The Future of Education - supporting the Children of Tomorrow

The future of education has been hotly debated for decades, but the current health crisis sweeping the globe has accelerated the shakeup of the way we do things. While the dust is still settling amidst a period of rapid change, we are presented with a moment of pause and reflection to look ahead and ask ourselves - are our children studying in an educational environment that is really the best we can offer? Can the setting be improved to meet the always-changing needs of the world around us? Are our young people developing the right skills for their future educational and professional careers? Those are only a few of the many questions parents and educators are asking themselves, and are areas which we at NEO are watching with interest. In this introductory article, we’ll take a general look at some of the main areas of change and impact, and begin to ask the questions: what lies ahead for the next generation? What skills might they need to prepare them for the challenge?

In 2003, Bill Bryson published A Short History of Nearly Everything; an attempt to take some of the most expansive ideas from science, and explain them in ways we can all understand. The book was filled with examples of scientists who were experts in their field but, as he explains in this interview, simply could not communicate what they knew, in ways which would attract the attention and support they deserved. Soft skills matter more than ever; being given pride of place in the much vaunted 21st Century Skills approach. To reach out and inspire or lead others over zoom meetings and email, to collaborate with others across cultures and time zones, to communicate your ideas in a way that resonates and engages; these are skills that matter. Content can be learned quickly, but communicative ability takes time.

But soft skills are not only communicative. They are also reflective. Empathy, self esteem, resilience and self-efficacy are also in the mix. We may attribute a focus on these areas of personal development to the “modern” age, but the Swedish were already building those foundations through their “forest schools” in the 1950’s, though this focus became more explicit in the 80’s.

If this current crisis has taught us anything, it is that emotional resilience and the ability to communicate and work across cultural and geographical distances will be of great value to us. In many countries, these areas are valued equally alongside more “academic” outcomes, and this is only likely to increase. Business education is currently the change driver in this field, but other disciplines are following suit, from architecture to dentistry. The future of education has a distinctly and holistically human quality.

Technology in the future of education-where is the balance?

Imagine, if you will, the pandemic of 1918. There was no social safety net and furlough scheme, no virtual classrooms and emotional wellbeing apps. 2020 is a vastly different story. Technology, if there was any doubt about it before, is here to stay in classrooms. There have been clear differences in outcomes between schools which were resourced to go fully digital, and those who had to do it quickly and with minimum adaptation time. What we can be sure of is a greater investment in ed-tech for the future.

There is a flipside, however. The intensity in which we've included technology in our lives in these past months since the confinement started, has pushed the digital transformation path of both companies and educational institutions to happen, in many cases, years faster than expected.

We are seeing many schools increasingly integrating technology into their curriculum, young people preferring an iPad to a puppy for Christmas, children doing “research” on YouTube without the tools or skills to filter out bias and veracity or suitability.

This is leading to some pushback from schools, and for good reason.  Several schools have now decided to reverse the trend and flip the use of digital tools in the academic process to a higher focus on human interaction as part of their “renovated” programs. By communicating and expressing our thoughts in a shared physical space, we can support each other, learn from our friends and colleagues, and strive through the many changes that happen in our lifetime with the help of not only a device, but also someone we can trust and talk to without the extra step of a digital barrier. School for many young people is a safe space - sometimes the only safe space they have - and technology cannot supplant this.

We are yet to find the balance, but we can be sure that this question will be at the heart of any educational reform yet to come.

Will this abrupt change in our use of technology have effects on the traditional workplace?

Who would have thought that Starbucks would be the starting point of modern co-working/co-learning spaces, where a group of colleagues/classmates would discuss business/studies related topics instead of going to the office/school libraries like they used to? No one really knows if in a few years we will still be commuting to the office/school to work/study, or if we will fully integrate the current home-based scenario into our daily routines, but there are signs of the latter as major companies announce a scaling down of their physical office space; something Jason Fried was pushing for a long time against a prevalent culture of presenteeism.  It is already quite familiar to us, the idea of working one month from Madrid, the next month from New York, and not because it has been imposed on us, but because we have chosen to work/study from different locations to meet different people and share their experiences. Digital Nomads may suddenly become the norm instead of a fringe lifestyle. Fixed educational models have traditionally hindered families with children from being quite so mobile, but as this opens up, we may see a rise in families uprooting and following opportunities wherever they arise.

The humble business meeting is also being reshaped to shorter and more informal check ins. The person you see walking their dog in one of London's parks may be on the phone with a correspondent in China pitching a new idea. Ideas, after all, appear when they appear.

With this trend towards the mobile and the transient, the circular economy is very likely to be boosted by the current global scenario; bringing people together in co-living spaces, where they can make new connections and share some experiences within a community. A co-living space could be a place where neighbors become friends and/or future partners or colleagues, and they bring greater ideas to life, all with a higher sense of purpose and sustainability. We, as humans, are social animals, we need people, we need to communicate and share our own ideas, but these patterns shift and develop as we do, and so mobility is critical. Different places and people fit different parts and stages of our personal and professional development, and if we are less tied to fixed office spaces, the broader exchange of real-life experiences and conversations outside these confines can enable us to enrich each other both personally and professionally, developing highly-demanded soft skills, valued and requested by employers worldwide.

It is true that technology has leveraged encounters as it enables us to meet new people on a virtual basis every day, but there is an increasing need to combine it with meaningful human interactions. One of the top trends in any employment-related search engines is “networking”, as people value it, not only in order to get a good job, but also to create connections that matter. Maybe thanks to those new co-working and co-living spaces, networking will be a lot easier and more fun to do. The same could happen with freshened co-learning spaces which could be the improved version of current educational institutions' physical campuses or virtual collaborative environments.

How does all this affect the job market of the future?

Increased versatility of educational and professional contexts means a greater wealth of experiences from which we can draw. Being able to work remotely and use basic digital communication tools are likely to be baseline expectations employers have from all employees in even the most traditionally analogue sectors. Above the baseline, as we veer into a space that demands new approaches to communication and project management, the soft skills to engage with teams in a virtual space will be prized Indeed, as will the reflective skills to draw learning from real life experiences in a self-directed way.

Greater exposure to versatility may very well also lead to boosting the current trend towards a gig economy, with the next generation becoming comfortable with short-term projects and collaborations across multiple sectors.

Can education grow to meet this challenge?

Some countries, for example Sweden, have long understood the importance of such skills and therefore integrated them in their learning systems. The Scandinavian model is probably one of the most student-centered systems in the world, where children are active protagonists throughout all stages of their learning path. The Scottish Curriculum for Excellence prioritises emotional and mental wellbeing as much as traditional cognitive outcomes such as critical thinking.

Traditional education is evolving to meet the challenge, but it remains to be seen how quickly it can adapt to this most recent shock to the system. The world ahead for the next generation is fraught with huge challenges, and enormous opportunities, which those in charge of educational reform must prepare for. It is a time for imagination, innovation, bold steps and unlearning the way things “ought” to be done. If this year has taught us anything, it is that the world will not wait for us to change first.

"Crisis forces commonality of purpose on one another."

And what do you think about the future of education? We will be publishing a series of articles around this, exploring some of these aspects in more depth. We would love to hear your thoughts, and you can always contact us with anything you'd like to share.

The Journey Towards Personal Learning

#NEOchats with the NEO Team - Learnings of 2021

#NEOchats with the NEO Team - Learnings of 2021
This is some text inside of a div block.