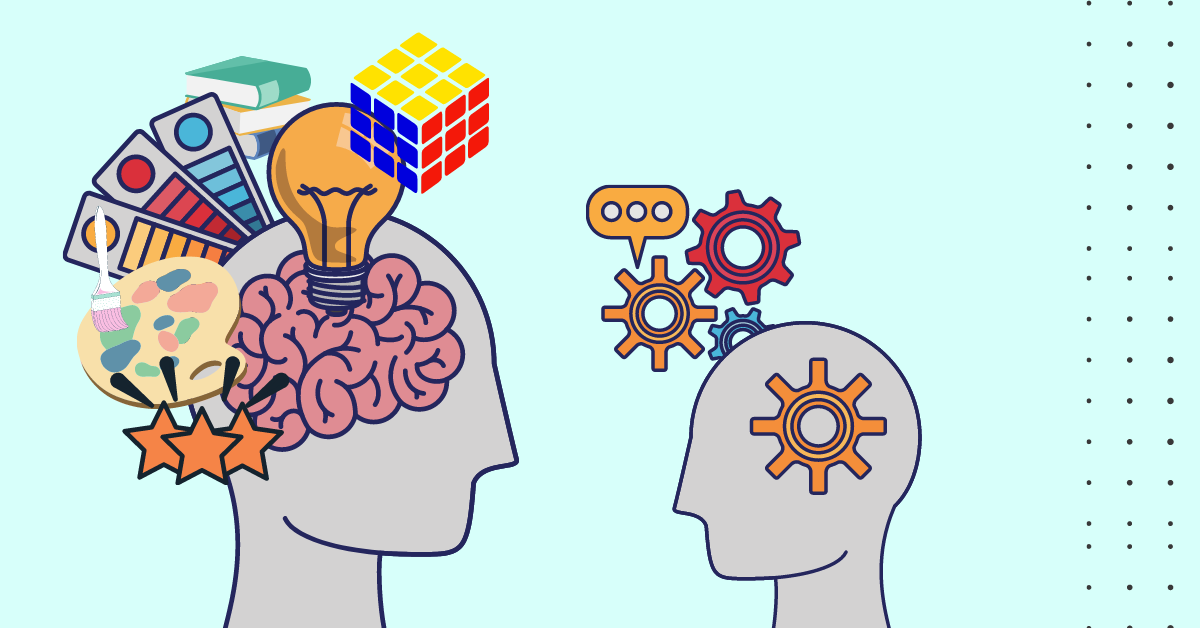 Creativity in education - myths and methods

The OECD Director for Education and Skills has stated that Creativity is a "key skill" for "complex, globalised and increasingly digitalised economies and societies". Sir Ken Robinson racked up 72 million views (and counting) with his talk on how education is, in fact "killing" this critical skill through over structured, rigid-assessment driven environments. So if both are to be believed, and we'll say right here that we do, then we have a problem.

There's little disagreement that creativity is a good thing. Has anyone ever used the word "creative" negatively? Very few, such as when someone is accused of "creative accounting" or being "creative with the truth", but even then, some grudging admission of respect is likely in there. We all think it's a good thing, we all know it's useful in solving problems, and we all know that the world ahead is full of "wicked problems" which will take fresh perspectives to address.

We hear a lot of debate and nuance around what creativity is, how it shows up, and how it can be developed, but Anna Abraham, author of The Neuroscience of Creativity, says that there is, however, a "surprising level of unanimity" of what creativity means at the basic level. This means that while so much of the detail is up for debate, most people do agree that creativity involves (a) something novel, different or unusual and (b) generating ideas appropriate to the context, i.e. of some substance in the way the idea can be applied.

Ok, so we agree on that at least, but what about the rest? How do we start to figure out a way forward, so that we can reconcile this gap between what we see as a critically important skills, and what we see happening in so many learning environments.

What creativity is not

Creativity is not finite. According to the Boffins behind the Global Creativity Index, it is "an infinitely renewable resource that can be continually replenished and deepened". Creativity is not necessarily inherited as a trait, but the propensity to be creative in certain ways can be passed down. For example, there are genes related to musical creativity, which involve cognition and listening patterns. However, just because Mozart was not your father, that doesn't mean you can't play the concert violin. The neurobiology of playing music can indeed be developed through our wondrously malleable brains. That's good news.

Creativity is not right or left brain. In fact, we really wish the research on Neuromyths was compulsory reading for all educators, and we could finally stop talking about learning styles, and how we only use 10% of our brains. Such beliefs are harmful. Creativity and growth, wonder and play, these are birth rights to all of us, and we do not belong in a box, regardless of how others might try to put us there. The most tragic aspect of that is when we believe them. You're not a left or right-brained person, but you are uniquely you, and that's more than enough to be creative.

Creativity is not only art and poetry and eccentric clothing, and is not defined by having a total absence of guidelines or structures. We had a great #NEOchats with Katie Carr of Step Up Create in 2021 on this very same debate.

Children are not inherently more creative than adults, and seeing creativity as child-like (or even childish) is extremely problematic. Creativity does not just appear out of nowhere in a Eureka moment, and you don't need to be under pressure or brainstorming in a group to feel or use it.

We recall some years ago seeing a new textbook by a publisher (who shall remain nameless) which dedicated 2 pages of the book to "teaching" creativity, with exercises such as "walk around the classroom, and try to notice things you haven't noticed before". That didn't work, it doesn't work, and we're getting a little cynical by this point, so let's switch it up.

We were in danger of digressing into a rant there, and we've already explored the fact that creativity shows up in numerous ways in every single person. Yes, and that includes you. So let's take a look at the different ways educators are trying to support and stimulate creativity in the learning environment.

Creativity is about "creating" something; it's in the name. That means we need the space and resources to do so, and that the result should be allowed to differ from what might have been expected by those setting up or guiding in the process. That might cause problems in the world of traditional assessment, where we have standardized expectations of what task achievement looks like, but we are talking about a skill here, not a product. This is the process, and there are certain things we as educators can do to help that happen.

We keep coming back to the same conclusions. All of the things we want to support in education, from creativity to critical thinking, come from a shift towards learner directed, or at least learner-centred environments. The challenge is always in letting go, crossing the fear gap and allowing learning to become more fluid, less lockstep, less predictable and more inclusive. As we do so, the stumbling block is often this- if we do make this shift, how will we measure things like creativity and critical thinking. There are ways, there are means, but that is for us to explore another time.

For now, we say to the institutions and educators who are supporting learners to see that they always had creativity within them, we salute you. We value what you do, and we would welcome the opportunity to chat about how we can support you.